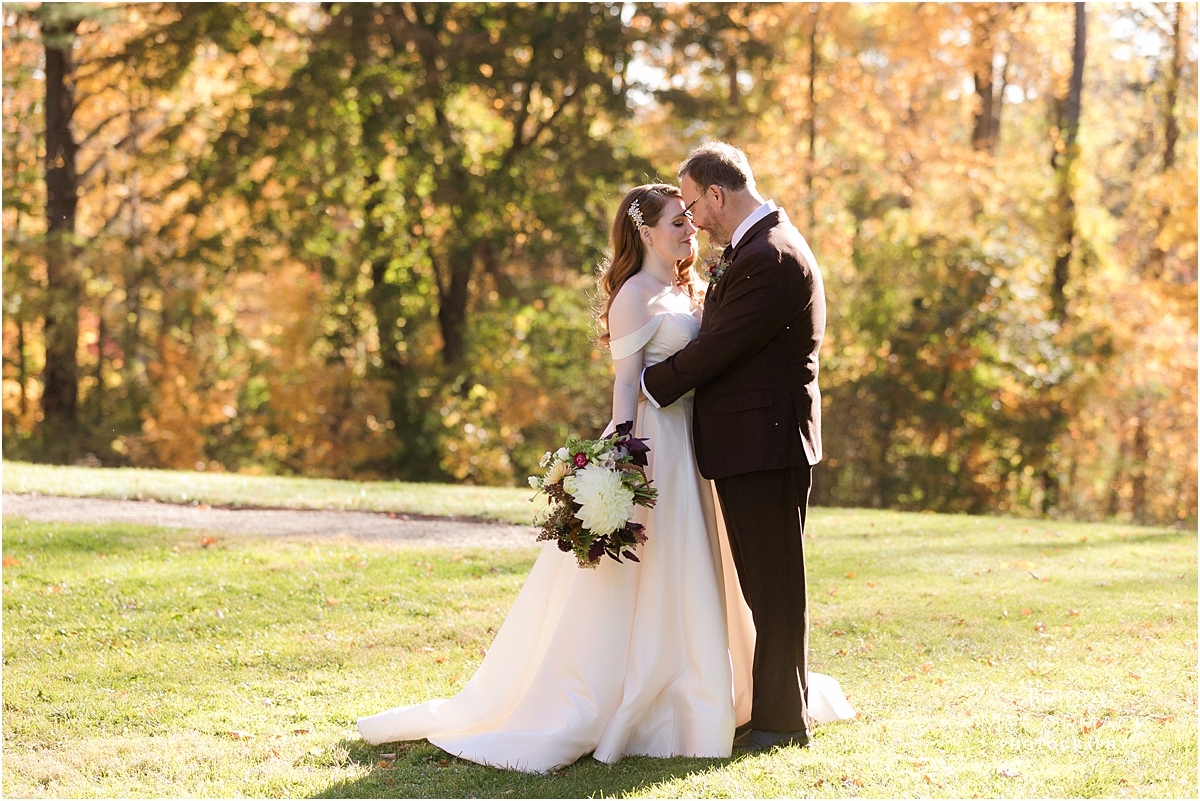 Rachel and Erich’s small Saturday wedding at Venfort Hall had all the elements of a fall wedding that couples plan for – peak foliage, a gorgeous golden hour, and mild weather.

Rachel and Erich chose to get ready in adjoining rooms. Rachel did her own makeup and they each opened a gift from the other. Erich joined her to button up the back of her dress, which was such an adorable part of the day. Erich would bustle her dress for her too later in the night. He didn’t see her from the front until they met outside for their first look.

Their dog Henry would have the honor of being the ring bearer and the ceremony started when they walked down the staircase meeting each other in the entryway. All of their guests then followed them into the room where they would exchange vows. It was special and unique.

Thank you so much for trusting Lisa to capture your day!